Association for Slavic, East European, and Eurasian Studies (ASEEES) is the leading international organization dedicated to the advancement of knowledge about Central Asia, the Caucasus, Russia, and Eastern Europe in regional and global contexts. Established in 1948, ASEEES presents an international forum enabling a broad exchange of information and ideas, stimulating further work and sustaining the intellectual vitality of the field. The 51st Annual ASEEES convention took place in San Francisco from Saturday, November 23 till Tuesday, November 26, 2019. The convention united 15 sessions with altogether 766 panels.

The thematic framework was dedicated to considering the issue of belief. Belief will always be a subject of difference and dissent and we look forward to a wide range of topics, approaches, and arguments in panels and papers. Especially contributions that theorize the category itself as well as explore its forms and places in the Slavic, East European and Eurasian world were welcomed. Conceptually, the contributions considered on what is “belief” as a category of experience and practice? What is its relation to other forms of cognition, knowledge, and judgment, including faith, science, and emotion? What is its relation to social and material life, to physical and bodily practices? How has belief been entwined with other key categories of analysis, such as culture, gender, class, religion, and nation, including previous ASEEES themes such as performance, transgression, revolution, fact, boundaries, and memory. And, of course, how has belief, for better and worse, been part of the histories, lives, and possible futures of this region. 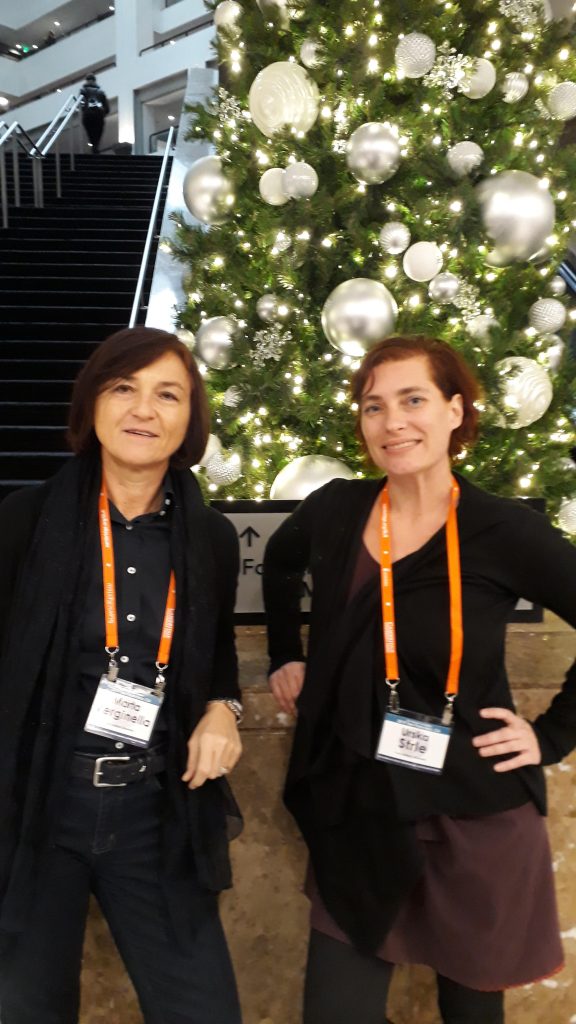 The panel “Credo: The Promise and Problems of Conducting Oral History Across the Former Yugoslav Borders” was scheduled on Monday, November 25, chaired by Pamela Lynn Ballinger from the University of Michigan and accompanied by colleague Keith S. Brown from Arizona State University. Unfortunately, Anna Di Lellio from The New School in New York, and Joanie Andruss from Appalachian State University, who were previously provided could not attend the panel.

The presenters discussed the status and utility of oral history and in particular its significance for projects of bearing witness in efforts toward justice, reconciliation, atonement, and reckoning with the past. The papers focused particularly on ways to respond to the risk that oral history’s form and content are dismissed, marginalized or weaponized in the politics of remembrance, denialism and/or grievance-mobilization. Although widely accepted in Western Europe and the United States, oral history continues to attract skepticism from professional historians and broader publics in the countries of the former Yugoslavia. Oral historians—especially when coming from “outside”—can be viewed as credulous dupes, and their interlocutors’ status as credible authorities often challenged.

Marta Verginella and Urška Strle presented their paper entitled “Divided Memories: Public Use of Oral History in Slovenia after 1991”. The paper was drawing on the authors’ experience introducing methods and principles from microhistory and oral history into Slovenian discourse, by focusing on the persistence of the collaborator/partisan dichotomy in framings of remembering World War II, and the potential for oral history to broaden or pluralize contemporary understandings of the past. They chose to take a closer look at the two TV-documentary series, namely Jože Možina’s Pričevalci (meaning Witnesses) and Janez Lombergar’s Spomini (meaning Memories), which well illustrate the struggle for primacy over collective memory in Slovenia, the Northern of the Yugoslavian republics until 1991. Testimonies, which appear in the series and relate to turbulent war and post-war times, have aroused strong emotional reactions among the audience. It seems that the testifiers in the series, broadcasted on the national TV, have in the last decades been perceived as “the most authentic interpreters” of recent Slovenian past for a part of public. The narrations of those who were defeated in World War II, echoed as an alternative explanation of the past in relation to the interpretations which dominated in the Socialist regime. Initially these alternative memories were promoted on behalf of the democratization of historiographic attention, but gradually they became a polygon for ideological repositioning, serving to establish a new, rather exclusive political genealogy.

More about the ASEEES convention: https://www.aseees.org/convention/2019-convention-theme