During the Corona crisis, EIRENE fellow Dagmar Wernitznig tackled the initial batch of psychiatric files at the Wiener Stadt- und Landesarchiv as part of the research objective ‘violence’ for this ERC project. Post-conflict aggression and attacks against female civilians (e.g. Red Army rapes), as well as the phenomena of dislocation, refugeeism, deportation, and loss of citizenship or nationality had an enormous impact on the physical and mental health of these women patients. The ‘gendering’ of the diagnoses and prescribed treatments by the exclusively male medics in charge was also already clearly detectable.

The Viennese depository is housed at the so-called Gasometer, a landmark, servicing the Austrian capital with energy from 1899 to 1975. Nowadays and besides the archive, the four architecturally unique towers feature, for instance, shops and restaurants, music events and schools, plus apartments. 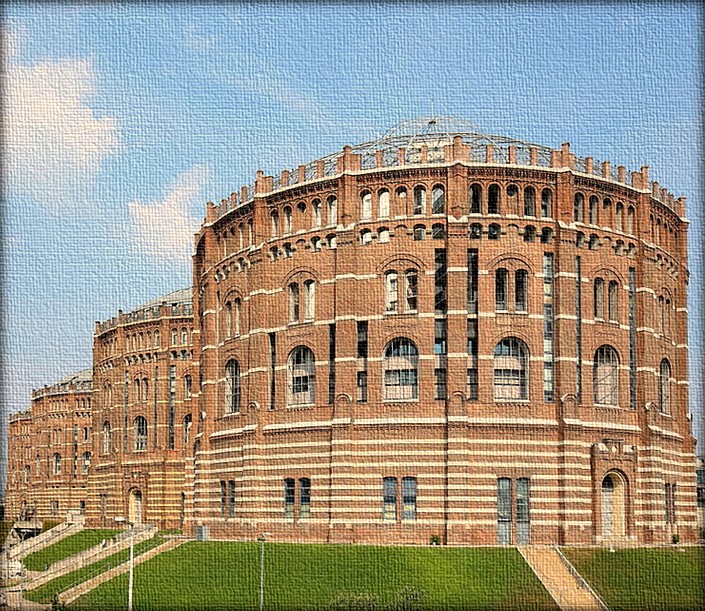 While in Vienna, Dagmar was also scheduled to speak at a conference, entitled ‘Territoriality and Non-Territoriality in Accommodating National Diversity within States, 1789-1989’ and planned to be hosted at the University of Vienna. Alas, this event was cancelled, due to the given circumstances.