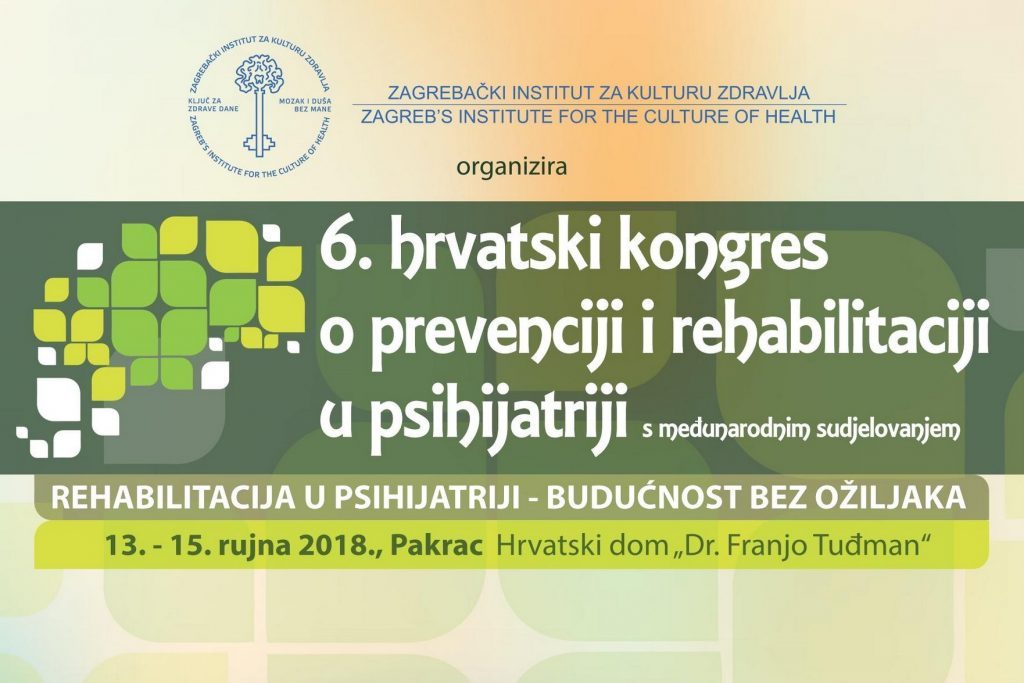 Jelena Seferović and Ante Bagarić: A daily life challenges of First World War soldiers in post war era – the example of the patients in psychiatric hospitals in Pakrac and Stenjevec

The goal of this Psychiatric Congress is to bring together the experts from psychiatry and other related fields and to present the latest findings in the area of rehabilitation in psychiatry. The lecture of Jelena Seferović and Ante Bagarić will illuminate certain aspects related to the issues of everyday life of First World War soldiers in the post-war years that were hospitalized in psychiatric hospitals in Pakrac and Stenjevec.

POSTWAR SOCIAL CHALLENGES OF SOLDIERS OF THE FIRST WORLD WAR:  AN  EXAMPLE OF PATIENTS FROM THE PSYCHIATRIC HOSPITALS IN PAKRAC AND STENJEVAC (1919th – 1929th)

The paper examines the consequences of the traumatic events of World War One soldiers – patients hospitalized in psychiatric hospitals in Pakrac and Stenjevac from 1919 to 1929. The idea is to consider the impact of war traumas on the occurrence and development of mental disorders in this population, more precisely to reflect on changes in their behavior caused by negative experiences in the battlefield and reflecting on their (out) hospital everyday life. Furthermore, the paper is discussing the issue of the multiple social deprivations of the above-mentioned patients, focusing on their unemployment, poverty and social marginalization. Besides that, its purpose is to highlight its post-war social challenges from the perspective of their family members. For this purpose, the statements of their relatives’ equally recorded in the analyzed hospital cards were taken into account. The research was based on qualitative methodology and included the reading and interpretation of archived personal documentation treated in psychiatric hospitals in Pakrac and Stenjevac in the first decade after the end of the First World War. Also, the official records on the activities of the two mentioned institutions which correspond to the specified period were considered. The theme of the paper was reflected from the cultural anthropological point of view. Research findings have shown that traumatic wartime experiences (long) persistently distorted the mental health of the researched social group and destabilized their social functioning. Moreover, it is shown that this population was multi-stigmatized in their environment, on the one hand, due to the presence of mental disorders, while on the other due to the unrealization of a series of social expectations related to traditional gender norms.

Contribution to Research of Girlhood after the First World War: an example of Girls with Mental Disorders from rural areas of Continental Croatia