As a Phd candidate at the University of Turin I worked on a project on the influence of Italian popular culture on socialist Yugoslavia, which in 2014 received the award Vinka Kitarovic of the University of Bologna for dissertations dealing with the history of neighbouring countries.

As a postdoctoral fellow at the Italian Institute for Historical Studies and the University of Rijeka, I worked on a project dealing with migration flows across the Italo-Yugoslav border and the refugee regime during the Cold War. I have been a research fellow at the Center for Southeast European Studies of the University of Graz and a Visegrad fellow at Open Society Archivum of the Central European University, Budapest.

My project “The Refugee Question in the Alps Adriatic Area: Italy, Austria, and Yugoslavia (1955-1980)”, written together with the University of Manchester for a Marie Sklodowska Curie Action Individual Fellowship, has received the “seal of excellence” of the European Union as a high-quality project in a highly competitive evaluation.

Moreover, I have worked on the project “Places, stories and trajectories of Italian, Slovenian and Croatian forced labourers during the second world war”, at the University of Rijeka, thanks to the support of the foundation “Remembrance, Responsability and Future” (Erinnerung, Verantwortung, Zukunft) and the project “Today in Spain tomorrow in Italy. An online biographical and interactive database on Italian antifascist volunteers in the Spanish war”, at the National Institute Ferruccio Parri, Milan.

My research interests range from the social and cultural history of the Upper Adriatic area and the post-Yugoslav space to the history of refugees and migration.

“A Filter for Western Cultural Products. The Influence of Italian Popular Culture on Yugoslavia 1955-1965”, in “Beyond the Curtain: Entangled Histories of the Cold War Era in Europe”, edited by Simo Mikkonen and Pia Koivunen, Berghahn, Oxford-New York, 2015.

“Yugoslavia Looking Westward: Transnational Consumer Contact with Italy during the   1960s”, in “The Cultural Life of Capitalism in Yugoslavia: (Post)Socialism and its Other”, edited by Dijana Jeleča, Maša Kolanović, Danijela Lugarić, Palgrave Macmillan, Cham (Switzerland), 2017. 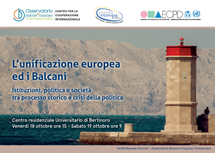 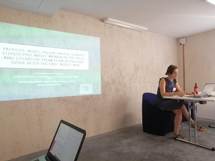