The conference “L’unificazione europea ed i Balcani. Istituzioni, politica e società tra processo storico e crisi della politica” [The European Unification and the Balkans. Institutions, Politics and Society from the Historical Process to the Crisis of Politics], organized by the Center of Excellence Jean Monnet Punto Europa of Forlì, Osservatorio Balcani Caucaso Transeuropa and the European Center for Peace and Development, in cooperation with the Institute for Center-Eastern and Balkan Europe  of the University of Bologna,  took place at the University Residential Center of Bertinoro  (Forlì) on October 18 and 19. As stressed by several speakers, the timing of the conference followed the European Union failure to open membership negotiations with Albania and Northern Macedonia, a move widely regarded as a “historical mistake”. 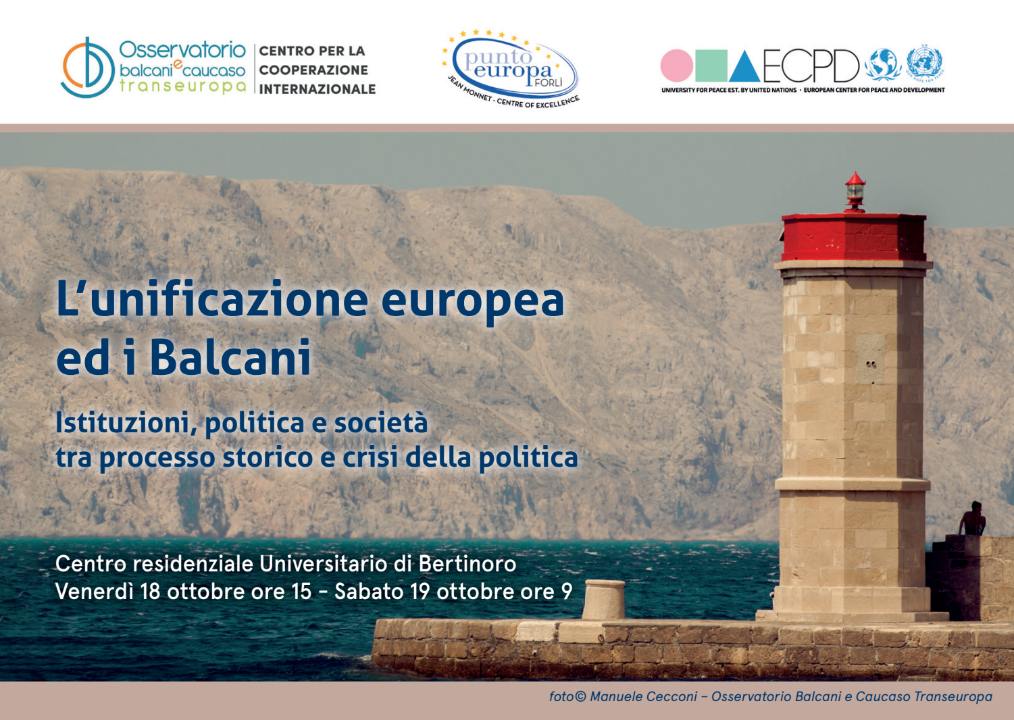 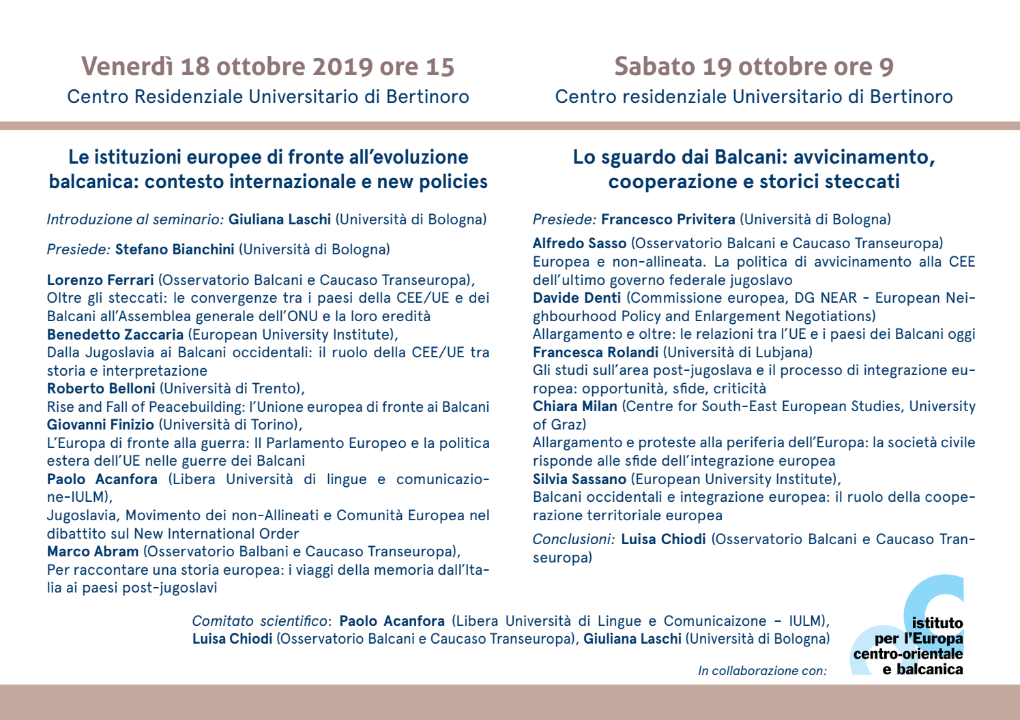 The chair of the first panel, Stefano Bianchini, recalled the historical discourse delivered by the then German Minister of Foreign Affairs Joschka Fischer at the Humboldt University, in which he wished a prompt EU constitution and the creation of a federal state, to address the missed opportunities in the last two decades. Moreover, he contextualized the recent block on the Balkan countries’ membership into the history of EU enlargement, a phenomenon which started in 1973 with the access of the United Kingdom, together with Ireland and Danemark. However, from its infancy, the EU project witnessed different alliances among its members, especially in the field of foreign politics, as stressed by Lorenzo Ferrari who analyzed the meetings of the General Assembly of the United Nations. Benedetto Zaccaria dealt with the controversial question of the relations between socialist Yugoslavia and the European Union before and after Ante Markovic’s attempt to introduce the country to EU at the end of the 1980s, presenting the different interpretations proposed by the historiography. Giovanni Finzio gave an insight into the debates which took place at the European Parliament during the war in Bosnia and Herzegovina, focusing on the possible political solutions, the convenience of military intervention and the relationships with the United States. Paolo Acampora took a step back to the 1970s to address the New International Economic Order, a definition used to describe the set of proposals presented by some developing countries to challenge the contemporary economic system and overcome the legacy of the Cold War, pointing at the crucial role played by the New International Information and Communication Order. Marco Abram presented research focused on the journeys of memory in Bosnia Herzegovina, stressing the positive outcomes, such as the inclusion of the history of Southeast Europe in a wider European memory but also the critical aspects such as the use of the same methodological lenses to analyze the Holocaust and Srebrenica genocide.

The chair of the second panel, Francesco Privitera, stressed the challenges posed by the Yugoslav crisis and later conflict to the European Union, which pointed at the vulnerabilities of the member states as the debate on the right to self-determination showed. Alfredo Sasso recalled the policy of the last Yugoslav Federal government which combined Non-Alignment and an opening up towards the European Union, often presented as an extension of the Yugoslav supra-national identity. Francesca Rolandi focused on the policies performed by the European Union in the field of the culture of memory in the post-Yugoslav area, tracing guidelines and financing actions, as well as putting it into relation with the attempts to create a common European memory framework. Chiara Milan has looked at the challenged posed by the process of EU enlargement and the economic processes at stake to the civil societies in the region, with a specific focus on the movement to fight the eviction crisis in Serbia. Lastly, Silvia Sassano addressed the European territorial cooperation, highlighting the cross-border projects which have contributed to develop an Adriatic-Ionian Macro-regional Strategy.