I studied History and Sociology at the Faculty of Arts in Ljubljana, where I graduated in 2001. Between 2004-2007 I was employed as assistant researcher at the Department of Sociology (Faculty of Arts, University of Ljubljana). I completed my PhD thesis entitled The Female Right to Vote as Democratic Innovation in 2007. I was elected Assistant for Sociology of Culture in 2005, while in 2011 I was elected for assistant Slovenian and General Modern History and in 2014 for assistant professor of Slovenian and General Modern History. During 2007 and 2014 I worked as a researcher at the Department of Sociology and Department of History. Since 2011 I have been holding classes on Slovene History of 19th Century and Women’s History. In 2015 I was regularly engaged as a lecturer for the Slovenian history of the 19th Century. I published a book The Entrance of Women in Slovenian Politics (2008) and contributed to numerous monographs and articles on the subject of social and political history.

Great history in the eyes of an ordinary man 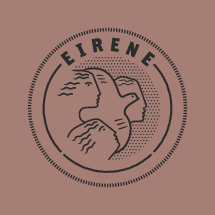