I graduated in History and Philosophy at the Faculty of Arts, University of Ljubljana in 2004. Since 2005 I worked as a young research fellow at the Institute of Cultural History at the Research Centre of the Slovenian Academy of Sciences and Arts, where I am still employed.  I received PhD in History with the dissertation entitled Domestic Servants – Women’s Work in the Web of National and Social Relations in the Gorizia Region in the 19th and 20th Centuries in 2011. I was involved in various research projects such as Women and the First World War (2014–2017), Women and Borders (2013–2016), Legal and Political History of Women (2009–2012) at the Department of History, Faculty of Arts, University of Ljubljana and Russian Intellectuals in Slovenia in the Period Following the October Revolution (2013–2016) at the Ljubljana Institute for Civilization and Culture. Since 2012 I hold seminars of Cultural History of Slovene Place and Europe in Period of Revolutions within the Cultural History bachelor’s programme at the School of Humanities, University of Nova Gorica, Slovenia. 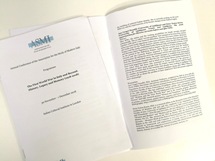