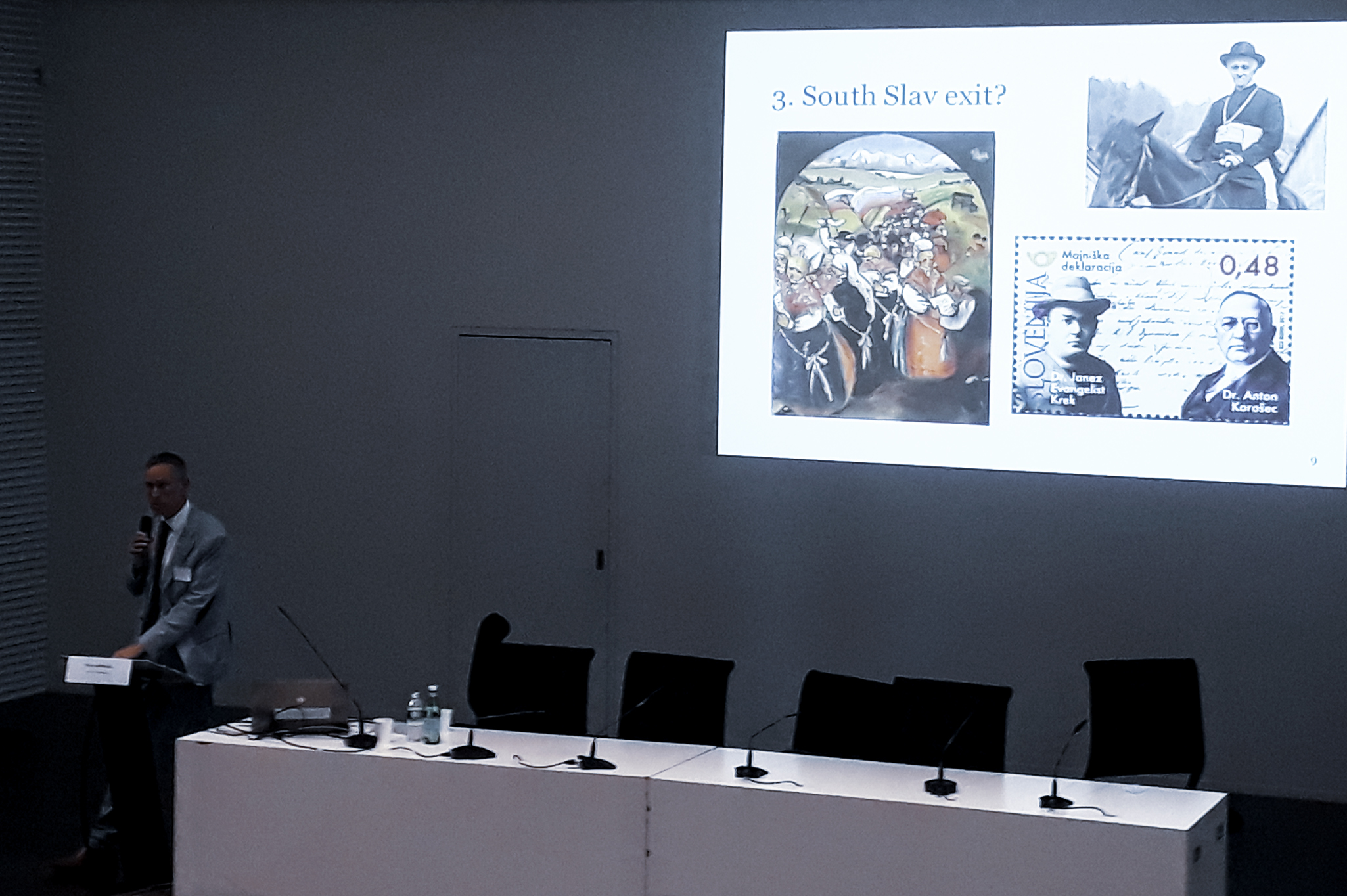 Urška Strle, “Why are we away from ours?”
Early post-war period in the notes of a Slovene housemaid (paper)

The aim of the symposyum is to consider some local configurations in “peripheral” territories between the Fall 1918 and the beginning of 1919. Focus will be held on certain hotspots facing troubled conditions regarding political and social control, situation of challenged military administration, new “transitional” conditions for the local populations and special questions aroused due to populations’ transfers.

The focal perspective of the paper, whose empirical core presents a written heritage of a woman from the Italo-Slovenian ethnic border area, is a personal perspective with an ambition of a cultural-historical study. Interpretations of historical processes are built from below, stemming from the available ego-documents of Neža Rejec (1886-1966), who served as a housemaid to a local priest in a North-Istrian village. Her writings are a precious historical source of everyday life of a mid-war rural population, which contains almost no political comments. With the Italian occupation of the area in 1918 her writings transform considerably and start to demonstrate political ideas and Slovene national awareness. Her case study paradigm reflects the specific trend of growing nationalisation of masses by the border, which spread quickly also among rural population at the dawn of the post-war. This trend did not bypass women, traditionally considered as apolitical social agents.