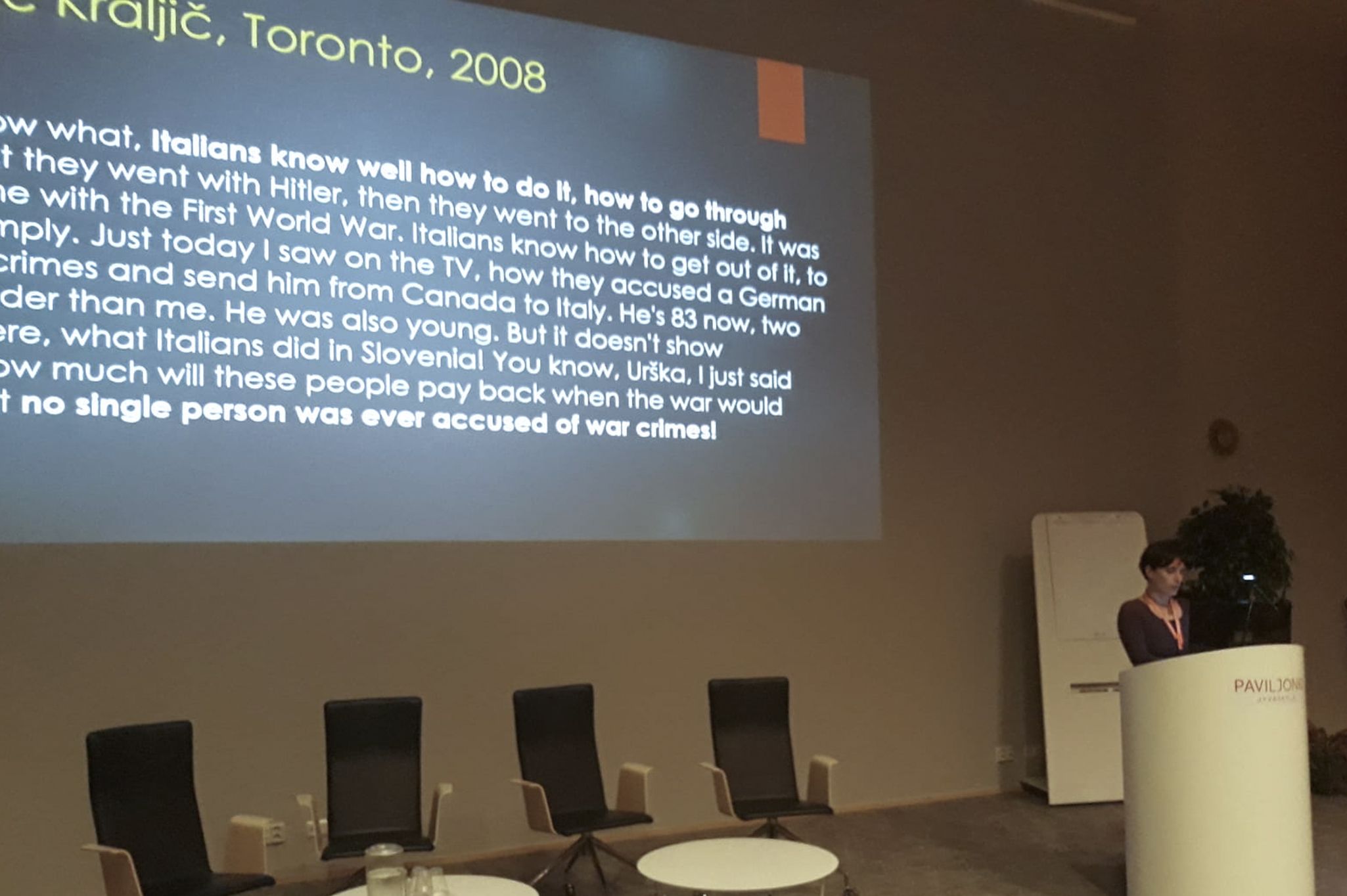 The XX. International Oral History Association Conference focuses on the complex and multidimensional nature of oral history, and welcomes presentations from diverse perspectives. Invited are papers that focus on methodological issues concerning the production and analysis of oral histories and life stories. Especially encouraged are those contributions, which relate to oral history sources as narratives/narration and applications of methodological theories and practices.

The paper will revolve around the poor integration of Italian fascist camps into the historical memory of World War II. While Nazi camps as such have entered the collective conscious across the globe, the Italian fascist internment mechanism remains largely unknown. Hundreds of camps set up by the Mussolini regime on the current territories of Slovenia, Croatia, Bosnia and Herzegovina, Montenegro, Kosovo, Albania, Greece, Libya, Somalia, Eritrea, and Ethiopia have not been properly studied. Many studies on Nazi camps do indeed offer a pioneering framework for research on concentration camps in general, yet Italian fascist camps are defined by set specifics that differ from those of Nazi camps. One of the most striking differences regards the hierarchy of internees; Slavs were far more underprivileged than Jewish internees, which was definitely not the case with Nazi camps. In order to research the history of Italian fascist concentration camps, the author assumes a view from below, using oral history records, collected in the period between 2011–2016. She recognizes the importance of such narrations in presenting the pieces of a historical mosaic, one that serves to shed light on one of the gravest aspects of war crimes that were never condemned nor trialled on the international level. The tragic experience of the internment of up to 40.000 Slovene civilians has clearly been marginalised by dominant socio-political forces on various levels.