View photo credits
Demonstrations in front of the parliament, Ljubljana, March 23 1993. Photo: Tone Stojko. © Muzej za novejšo zgodovino Slovenije [National Museum of Contemporary History], collection Tone Stojko, inv. n. TS19932303_22.
Institute of History, Slovak Academy of Sciences in Bratislava hosted an international conference titled “Italy and the Post-Habsburg Central Europe: Occupation, Administration, Intervention, Diplomacy”. Our researcher, dr. Urška Strle participated at the conference with her paper – “Borders across people – people across borders: a gender-sensitive gaze on the NW frontier of the Kingdom of Serbs, Croats and Slovenes (1918-1928)”.
The two-day conference was set as a continuation of the discussion about the Italian front from the four previous conferences organized during 2014-2018. This time it focused on the aftermath of World War I in Central Europe, which lasted much longer than in the Western countries. It provided various perspectives on the end of the war and the following reconstruction of the Central European region, which is considered one of the most important political, diplomatic and military milestones of the 20th century. The creation of successor states in the territory of the dynastic empires opened up the question of drawing new borders and led to new disputes among the affected countries.

The conference provided 17 papers elucidated particularly the relations between Italy and the Post-Habsburg Central Europe in light of political, diplomatic, military and cultural history. It also drew attention to aspects of migration perspectives, such as resettlement of POWs, refugees, repatriates, and other migratory groups and its consequences.

By presenting the post-war situation from a close-up perspective, it became clear that the local situation often contradicted the official narrative and that the bottom-up perspective outline interpretative points of view anew. The attitudes of local people towards new governments and vice versa were represented as important subjects for analysis.

At the end, Catherine Horel lucidly summed up the findings of the conference, pointing also at certain aspects of the turbulent post-war era, which still lack historiographic attention. 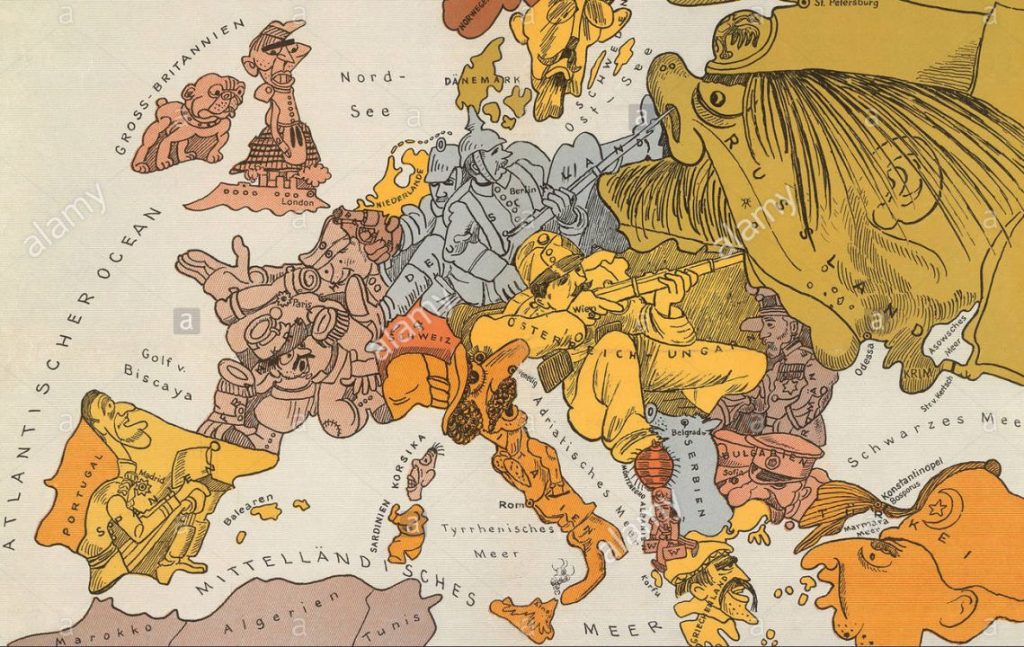 Borders across people – people across borders: a gender-sensitive gaze on the NW frontier of the Kingdom of Serbs, Croats and Slovenes (1918-1928)

The Great War excessively affected migratory patterns of military and civil population and set more rigid standards to control all kinds of mobility. Before the war-stimulated forms of displacements managed to settle down, they interlaced with massive movements caused by new political frames and changed governmental policies. Prior to the internationally recognition of the borderlines, disputed border areas underwent military occupations with commonly violent outcomes. Post-war was defined with reconstruction and hope, but also with deep uncertainties and extended political violence.

The Kingdom of Serbs, Croats and Slovenes was established on the area of the two collapsed empires, whose successor states were often in conflict to each other. Prolonged war-based agony, shifts in political loyalties, aroused by competitive nationalistic discourses, economic depression, devastated homes made many people search for new opportunities. The focal attention will be payed to the NW border territory of the Kingdom, observing various forms of movements such as refugeeism, international transitions, and massive short-distance mobility over the border, showing a continuity of certain realities of once politically united territory. The paper will pay a special attention to the intersection of gender and mobility, in particular to the legal frameworks and general perception regarding the migrating women.

The main empirical source used is the documentation of the Districts of Radovljica and Logatec, bordering to Italy and Austria. The documentation meets different institutional layers: national, regional, municipal, and personal – often with valuable biographical outlines. Since the two districts demonstrated a poor share of urban areas, they offer a historically unheeded perspective of post-war changes in the countryside.