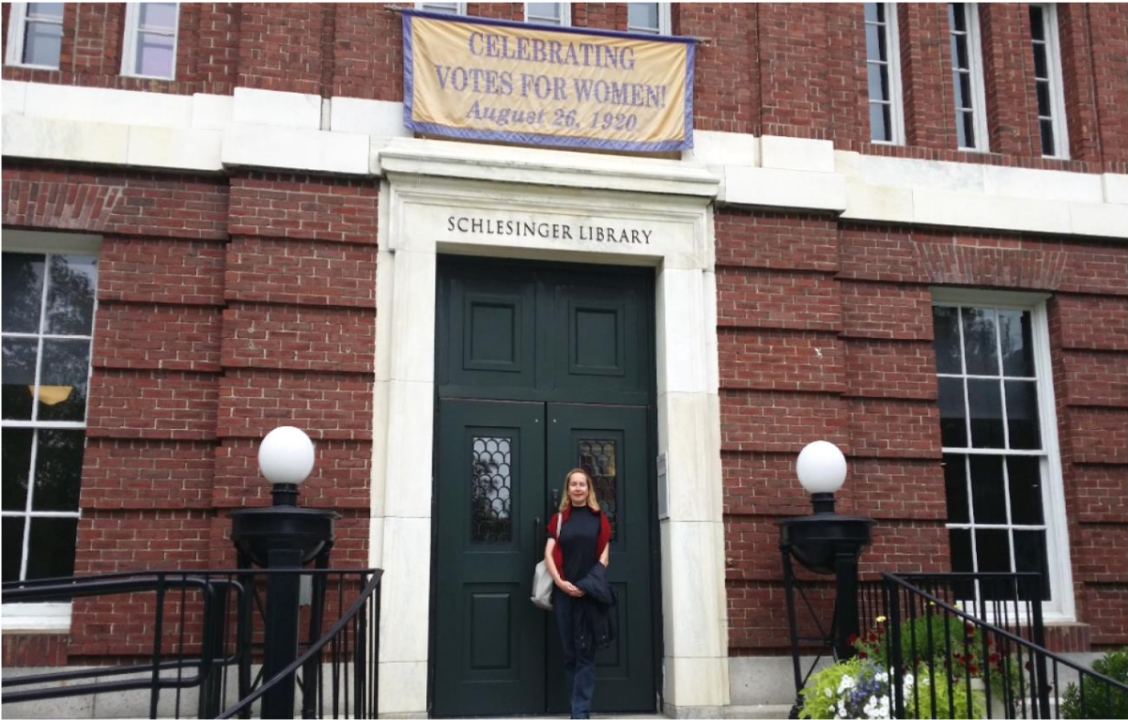 In September, Dagmar spent a research stay at Harvard University, investigating numerous archival sources at the so-called Schlesinger Library of the Radcliffe Institute for Advanced Study. She was especially interested in examining the Sarah Wambaugh Papers, which consist of two separate collections. Sarah Wambaugh (1882–1955) was an internationally renowned expert in (post-war) plebiscite affairs. Amongst other territories, for instance, the Saar area, she was an agent involved in the Carinthian plebiscite of 1920, too, and published prolifically about her work and experience. Hence the Wambaugh materials proved to be a treasure trove for post-1918 Carinthia/Austria generally and the plebiscite of 1920 in particular, intersecting with various EIRENE objectives and sub-categories, such as, for example, work packages 5 (‘politics’), respectively 5a (democratization and gender equality) and 5c (women’s political representation), and 6 (‘political violence’).

Encompassing correspondence and evaluations of plebiscite issues with regards to the political, demographic, or socio-cultural set-up in the North-Eastern Adriatic region, particularly emphasizing the Carinthian or southern Alpine zones and the referendum in 1920 and, moreover, its global positioning and relevance in interwar times, the Wambaugh depository valuably illuminates women’s role and impact as diplomatic observers and contributors or residents and voters in gender-related and multi-ethnic democratization dynamics during the aftermaths of wars. Wambaugh’s angle of insight into the Carinthian as well as the North-Eastern Adriatic region as a stranger and foreigner to the geographic lands she was visiting and as a female envoy in exclusively masculine-dominated realms helps to shed alternative light on this transitional period through the prism of gender.

Palpably, Wambaugh’s analyses and biography cohere with several of EIRENE’s research parameters, such as politics and political violence, but, additionally, with sub-categories of the four major work packages, like, for instance, intellectual women and their role and humanitarian engagement in shaping post-conflict itineraries, including democratization processes. Further, offering an outsider’s perspective on the East-Adriatic region – certainly with a colonial connotation and definitely not unbiased or devoid of global political interests and agendas – the Wambaugh narrative is pertinent, because it is the interpretation of a female political representative, a species rare for her time.