On Friday, September 20, at the premise of the Faculty of Teacher Education in Zagreb, researcher dr. Jelena Seferović, presented the results of research on the activities of the Zagreb humanitarian organization The Guardians of the Girls in the aftermath of the First World War. The workshop was organized by the research team of the project “Modern Women Thinkers: Intellectual Development of Women in the 20th Century in Croatia” which has been fully supported by the Croatian Science Foundation. The introductory lecture at the workshop was given by dr. Katherin Lebow, University of Oxford, and it was led by dr. Andrea Feldman, Faculty of Teacher Education, University of Zagreb. 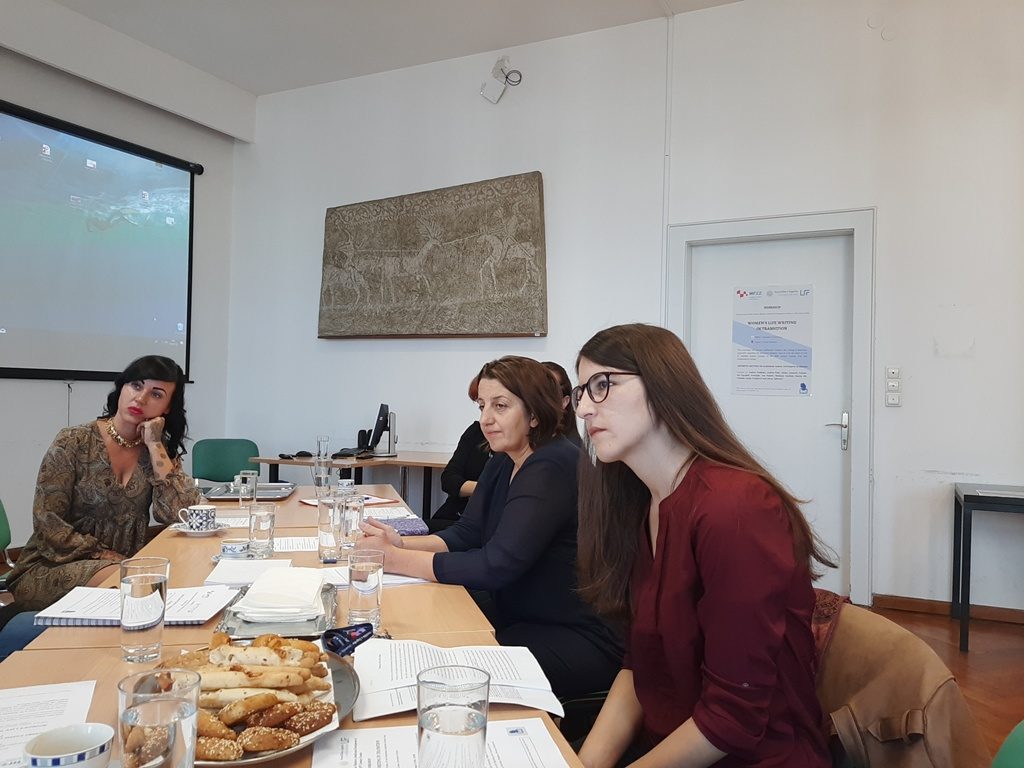 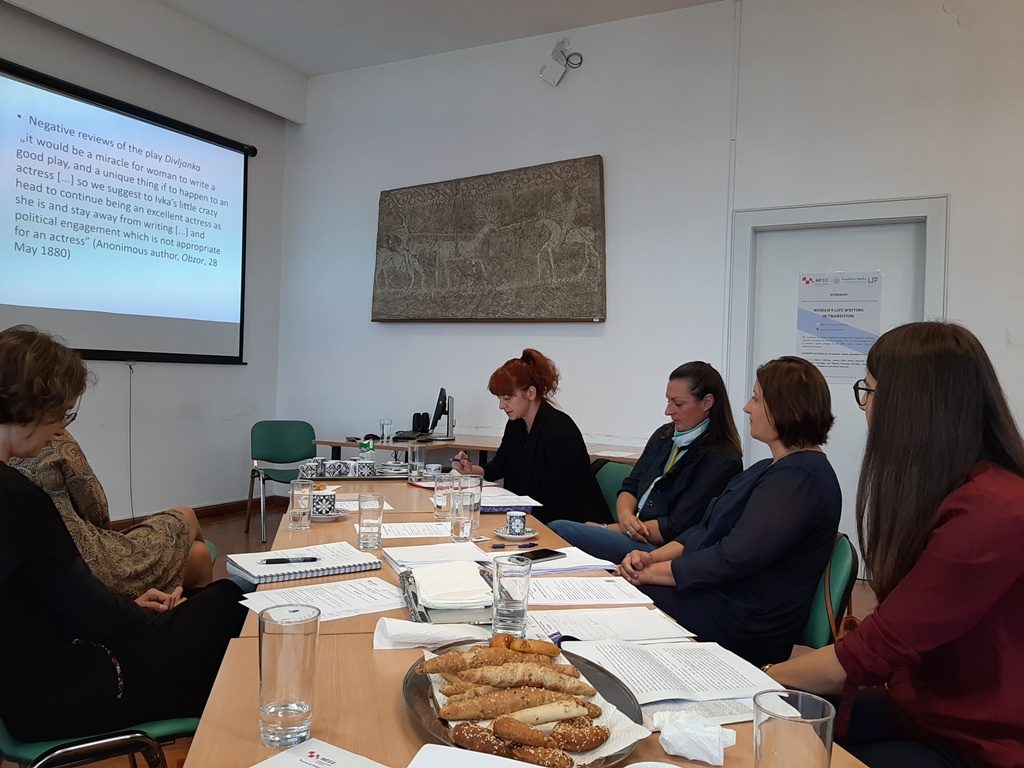 The workshop was attended by scientists from Croatia and abroad, whose scientific research work includes, among other things, the analysis of women’s autobiographies and their private records. Within the presented lectures, it was also discussed the perception of female intellectuals about their own femininity in the context of normative gender frameworks during the 20th century. Apart from discussing their (non)fulfillment of traditional gender patterns of family life, is analyzing (dis)satisfaction with their own role as wife, mother and housewife, the issue of the humanitarian work of female intellectuals was considered. In this regard, Jelena emphasized the importance of launching the initiative of Croatian female intellectuals for the opening of the humanitarian organization The Guardians of the Girls in Zagreb in 1927. The association was one of the affiliates of the Federation Internationale des Amies de la jeune fille (AJF) founded in Geneva in 1877. Given that its original name Amies de la jeune fille was not in the spirit of the Croatian language and was often the subject of tasteless jokes, 1931 the association was renamed The Guardians of the Girls. It would operate under that name until 1947 when it was abolished due to the provisions of the new Law on Conservation, Choirs and other public meetings. It will continue to operate under this name until 1947 when it was abolished due to the provisions of new legislation. The first president of the association was dr. Milica Bogdanović, the first doctor of science in Croatia. Speaking about its work organization, it should be noted that in 1931 it got a space in the center of Zagreb, at Gajeva 28, in Kuković’s house and that it was officially opened on January 10, 1932. The apartment was located near the train station because it was important that the girls or women who came to Zagreb could find it as easily as possible. It served as a hostel until they found adequate employment in the city. There they got breakfast, moral protection, and legal advice. One of the main tasks of the association was to inform and mediate for the benefit of girls and women who were seeking a job because they were often manipulated by employers. Namely, it was not uncommon for a job advertisement to actually hide prostitution or slave trade. For example, an analysis of a newspaper article dating back to May 1935 reveals that “tamburaške naučnice” was a new interest for underage poor girls, this was an excuse for their entering in prostitution through working in inns as entertainers. Quotes from the patients files of girls hospitalized in Croatian psychiatric hospitals in the Stenjevec and Pakrac confirm that the latter were subjected to physical abuse and sexual exploitation while working in cities. From a series of read quotes that described the aforementioned issues, as part of her presentation, Jelena presented two that vividly depict the negative consequences of inappropriate sexual contact and behavior on the social and emotional functioning of village girls who worked in cities during the 1920s. Lastly, she emphasized that The Guardians of the Girls had difficulties in its work, and cited as one of the moste significat the lawsuit of the Union of Catering Workers to the police for illegally admitting girls and women to an apartment on Gajeva Street. As an example, she presented the case of a lawsuit to the head of the Zagreb Police in 1934, in which the aforementioned Union states that 11 young Polish women were unregistered these days in the apartment on Gajeva 28. One of the key obstacles in the work of this organization was the seizure of its property in 1943 by the Ustaška ženska loza. Although the association was restarted in 1945, as already stated, in 1947, due to changes in the legislation, its activity ceased. 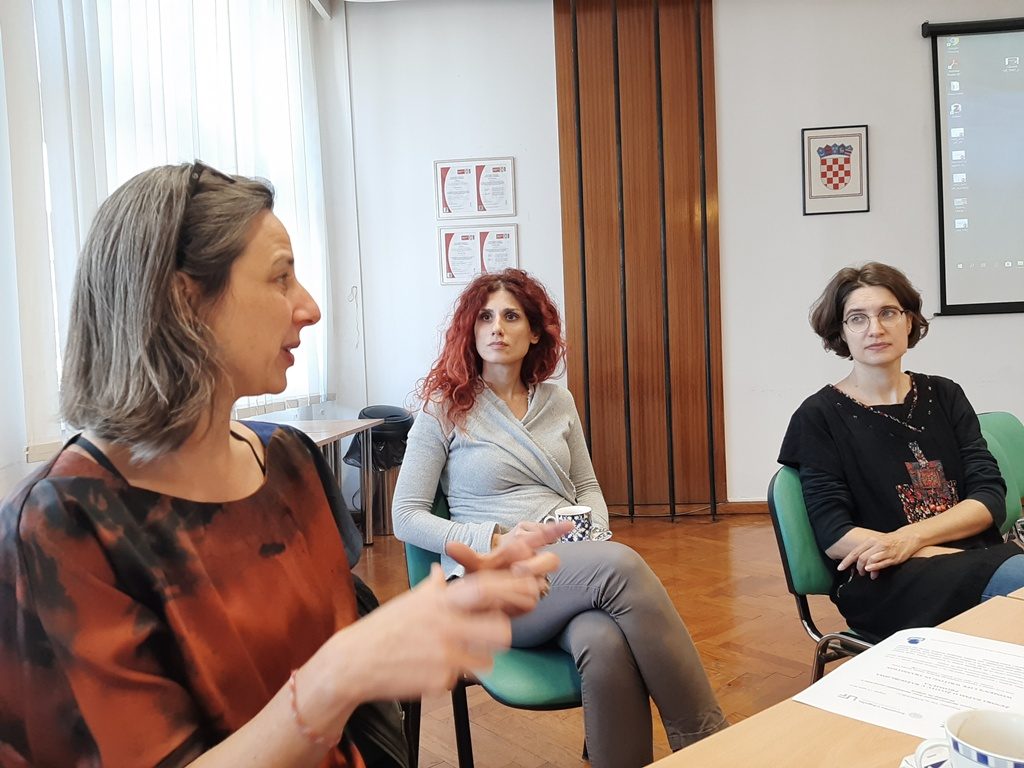 The presentation will discuss the humanitarian work of the Zagreb social association The Guardians of the Girls from its foundation in 1927 until the beginning of World War II. The association offered assistance and support to the materially dependent women who came to Zagreb, especially the youth who came from the villages. It provided information crucial for their employment, paying particular attention to the legal and moral aspects of job offers. The beneficiaries of this association were also advised on parenting, child-rearing, and sexually transmitted diseases. The lack of formal education and, moreover, the status of the outsider, limited the latter to employment in low-paid jobs in the “grey zone” of work and serving in urban families. In both cases, they were often exposed to economic exploitation, emotional and sexual abuse. Previous social phenomena prompted Zagreb’s established female intellectuals to launch an initiative to establish an association that will contribute to the prevention and suppression of women’s labour and sexual exploitation.

Research of activities of The Guardians of the Girls is based on the analysis of its official documentation stored in the State Archives in Zagreb. Everyday life in the post-war period in the rural areas in Croatia is discussed on the basis of the patient’s records, specifically of female patients, who were hospitalized in two Croatian psychiatric hospitals after the First World War.

The first one, Kr. zem. zavod za umobolne u Stenjevcu, was located in the suburbs of Zagreb. Odiel za bolesti duševne, the second one, was situated near the general hospital in Pakrac. Research on the patient’s records mentioned above was conducted in the Archives of the Vrapče Psychiatric Clinic and the Museum of the City of Pakrac. This archival material, in addition to clearly illustrating material and social circumstances in the area under study, confirms cases of emotional and sexual violence against women while working in the cities. In conclusion, it can be said that women, especially young, who migrated from the villages to the city were exposed to social and emotional marginalization because of their gender and class affiliation, therefore it was necessary to form an organization that would address their empowerment and protection of their rights.

**Photos provided by organisers of the event and published with their permission.